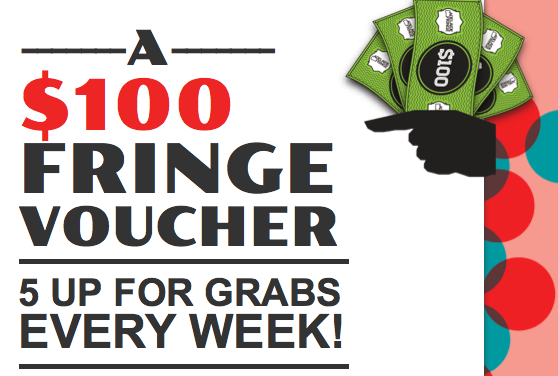 In celebration of this vibrant and animated time of the year in Adelaide, the Bickford’s and Vok hero brands are offering Fringe-goers the opportunity to win a $100 Fringe voucher with five up for grabs each week over the four-week Fringe period.

To enter a person simply needs to snap a photo of themselves enjoying a featured Bickford’s and Vok mixed drink or cocktail at one of the supporting Fringe venues, and then upload the photo to their personal instagram or twitter account, including the #spiritoffringe hashtag and geotagging the venue name using any smartphone or mobile device.

Bickford’s and Vok will announce the five weekly winners every Wednesday from 19 February to 12 March so happy snappers can redeem their $100 vouchers at this year’s Fringe.

One of the fabulous Fringe feature cocktails includes the so aptly named and inspired “Marvellous March” which is a deliciously refreshing cocktail made with a Beenleigh White Rum base, suitable for anybody looking for a tasty appetizer before a Fringe show.

Other feature drinks to quench your thirst throughout Fringe include any mixed drink made using a Bickford’s or Vok product, such as a glass of Bickford’s premium cordial a Bearded Lady Bourbon & Cola, plus a limited edition bottle of co-branded Bickford’s and Adelaide Fringe Aqua Pura 600ml water. All ingrediants are available online from the official partner retailer Sippify – http://www.sippify.com.au.

For full campaign and giveaway details including the supporting Fringe venues, featured cocktails and terms and conditions visit http://spiritoffringe.com.au.

In the meantime, keep a lookout for the Bickford’s and VOK float at the Opening Night Parade on 14 February 2014.

View All Competitions From spiritoffringe.com.au