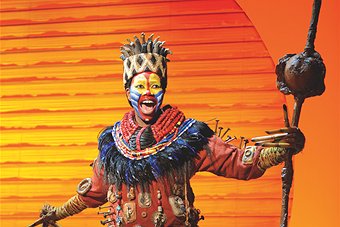 From Monday 17th February, 666 is inviting local families to win the opportunity to experience a long-weekend in Sydney including accommodation, transport, full day zoo passes and tickets to see the stage musical ‘The Lion King’… and a backstage visit after the show. As an entrant you could have your 60 seconds of fame with 666…

The school holidays may be over but the fun never stops!

Thanks to Desinations NSW, 666 has the ultimate Sydney Safari to give away to two Canberra families.

Each prize package will include return rail tickets to Sydney, overnight accommodation at a four-star Sydney hotel, tickets to see The Lion King stage musical and an exclusive backstage visit after the show, plus a family day pass to Sydney’s Taronga Zoo.

For a family of four, two adults and two children, the prize is valued at over $2,500!

A locally-created production of one of the world’s most popular stage musicals, The Lion King has opened its exclusive Australian run in Sydney. The production is an international blockbuster and the highest-grossing stage show in the world; more than 70 million people have enjoyed the musical since its Broadway premiere in 1997.

To enter, call our competition and events line on 6275 4612 and tell us about your close encounter with the animal kind in no more than sixty seconds. Your story must have a beginning, middle and end, and must include the word ‘ENCOUNTER’.

You must submit your entry in writing also (you could write a script for your recording and then email that to us), including your name, postal address, phone number and email address so we can contact you.

Written entries should be submitted to: actmarketing@your.abc.net.au or via post to Radio Marketing, GPO Box 9994 Canberra ACT 2601.

View All Competitions From www.abc.net.au