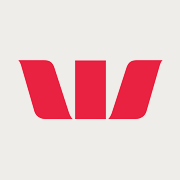 Entry is open to all residents of Australia 18 years of age and over who, during the Promotion Period:

Eligible entrants must, during the Promotion Period, make at least one (1) valid purchase of $100 or less using their Westpac MasterCard. Each subsequent valid purchase gives the entrant 1 additional entry per valid purchase. In this Schedule, the word “valid purchase” refers to PayPass (contactless) transactions (including, without limitation) which are:

There are 41 Prizes to be won:

Prize restrictions With the exception of South Australian residents, Eligible Entrants may win one Prize only in this Promotion. The Grand Prize winner must nominate a bank account held in their name, and the Grand Prize will be credited to that account within 28 days of such nomination.
Total prize pool $50,000
Notification of winner Winners will be notified in writing on 10 October 2014.
Publication details The Australian newspaper on 14 October 2014.
Prize claim date 7 January 2015
Unclaimed prize draw

Publication date for unclaimed prize draw winner (if any) Unclaimed Prize Draw winner/s will be notified in writing on 2 February 2015, and their name/s published in the Australian newspaper on 5 February 2015.
Additional terms Prizes will be awarded to the winner/s within 28 days of the draw.
Promoter’s Privacy Policy Read Westpac’s privacy policy

2. Any capitalised terms used in these Conditions of Entry have the meaning given in the Schedule, except where stated otherwise.

Eligibility
3. If this is a public promotion, entry to the Promotion is open to residents of the Relevant State/s who meet the Entry Restrictions (if any). Entrants under 18 years of age must have the consent of a parent or guardian to enter.

4. If this is an internal promotion, entry to the Promotion is open to employees and contractors of the Promoter who meet the Entry Restrictions (if any). Members of the public are not permitted to enter.

5. Unless this is an internal promotion, employees and contractors of the Westpac Group and their immediate families are ineligible to enter.

8. Entries may only be submitted in accordance with the Entry Procedure and will not be accepted by the Promoter in any other form.

9. Entrants may enter the Promotion up to the Maximum Number of Entries.

10. Entries must be received by the Promoter during the Promotion Period. Online or email entries are deemed to have been received at the time of receipt into the promotion database and not at the time of transmission by the entrant.

11. Entrants are required to take full responsibility for the content of their entry and for ensuring that their entry complies with these Conditions of Entry. For the purposes of these content requirements, “entry content” includes any content (including text, photos, videos and email messages) that entrants submit, upload, transmit, publish, communicate or use in connection with their entry into the Promotion.

13. In the event that an account with the Promoter is held in joint names, the Eligible Entrant will be the person first named on that account.

15. If the Promotion includes instant win Prizes, the instant win Prize(s) will be awarded to the valid Entry or Entries (as applicable) in accordance with the Entry Procedure and the Instant Win Details.

HERE 16. Winners will be notified as specified in the Schedule and their name and State/Territory of residence will be published in accordance with the Schedule.

17. Prizes are not transferable, exchangeable, or redeemable for cash.

19. If a Prize includes tickets, the tickets are only valid for the date or period specified on the tickets or by the provider, and are subject to any terms and conditions imposed by the provider. Once awarded, the Promoter is not be liable for any ticket that has been lost, stolen, forged, damaged or tampered with in any way.

20. If a Prize includes travel, The Winner (as defined below) and any travelling companions must travel at the same time, must depart from the same capital city and are responsible for transport from their residence to their nearest capital city for flight departure. Air tickets are for travel on the regular scheduled services of each airline and are subject to seasonal embargos.Flight itinerary may have to be adjusted depending on the airline’s departure city and their current flight schedule. Frequent Flyer points are not available from any airline in respect of flights awarded under this Promotion. A credit card imprint or cash deposit may be required from the winner at check-in to the hotel, which may be used in relation to incidental charges (which are not included in the Prize). Once accommodation vouchers for accommodation awarded in this Promotion are issued they are non-changeable. It is the travellers’ personal responsibility to ensure that they have valid documentation, including but not limited to valid passports and visas, which meet the requirements of immigration and other government authorities at every destination. Any fines, penalties, payments or expenditures incurred as a result of such documents not meeting the requirements of those authorities will be the sole responsibility of the travellers. The Promoter makes no representation as to the safety, conditions or other issues that may exist at any destination. International travel advice can be obtained from various sources, including government, local consular offices and the web site of the Australian Department of Foreign Affairs and Trade. Travel must be taken at the time specified by the Promoter and must coincide with the dates specified in these terms and conditions. If a Winner or any travelling companion is, for whatever reason, unable to travel on a nominated date, or do not take an element of the Prize within the time stipulated by the Promoter then that element of the Prize will be forfeited by the Winner. Cash will not be awarded in lieu of the Prize or any element thereof.

Claiming prizes
21. Prizes must be claimed by the Prize Claim Date in accordance with any claim instructions set out in the Schedule.

View All Competitions From www.westpac.com.au