The period during which participants in the Promotion can earn entries (“Entry / Entries”) into the Prize Draw/s is between 9:00am Friday 24 May to 11.59pm Friday 28 June 2019 (“Promotional Period”).

One winner will receive a voucher or gift card for Flight Centre prize of $5,000 (GST inclusive).

No prize, entry or other feature of the Promotion can be transferred or redeemed for other goods or services.

The Promoter accepts no responsibility for any variation in the prize values or prize descriptions.

In the event that for any reason whatsoever a prize winner nominates a third party to claim the prize on their behalf, prize winner has to provide his/her consent to The Promoter in writing via post or email. Verbal consent is not accepted.

Any liability for Commonwealth, State or other taxes imposed on the prize received or the prize winner in the Promotion will be the responsibility of prize winner and not the Promoter. Independent financial advice should be sought.

Eligible customers will be informed about the promotion at the time of placing their order during the promotional period.

To enter, customers must place an eligible order directly with the Promoter. With their consent customers shall receive one (01) entry into the draw per order placed within the promotional period. An order is defined as the customer having purchased one or more items.

Customers can place orders via one of the following ways:

Internet: visit, follow the prompts to the online order form, input the requested details and submit the fully completed order form by 11:59pm AEST on Friday 28 June 2019 (Individuals who submit an order online will automatically be entered into the promotion unless they request otherwise in the ‘Special Instructions’ field on Step 1 of the Check-Out Area).

Orders placed after closing date will not entitle the customers to enter into the Promotion. All entries become the property of the Promoter.

Entry is only open to eligible residents of Australia.

If an entrant does not provide all the information requested by the Promoter, or such information is not accurate or truthful, the Promoter may determine at its discretion that the entrant will be ineligible and not able to win or claim the prize.

If prize winner is under the age of 18, a parent or authorised guardian who claim the prize on his/her behalf must provide adequate proof(s) of identification of the prize winner and themselves prior to the claim as required by the Promoter. Adequate proofs of identification include but not limited to Photo ID, Passport, Birth Certificate, Australian Citizenship Certificate and any evidence that proves a prize winner and his/her parent or guardian relationship.

All prize draws will be conducted electronically and will take place at Talavera Park, Unit 5, 5 Talavera Rd, Macquarie Park NSW 2113.

The draw will be final and no correspondence will be entered into. No responsibility is accepted for late, lost or misdirected entries.

The winner (“Prize Winner”) will be notified personally within 3 business days of the draw via phone, or in writing via postal mail, or email.

The competition results will be published at www.ausnaturalcare.com.au on Friday 12rd July 2019 listing the full name or one of the name components, either First Name or Last Name, and state address of Prize Winner.

If Prize Winner cannot be contacted within the period mentioned in clause (21), The Promoter reserves the right to change the advertisement date in clause (22) without further notification.

In the case that clause (23) is applied, the competition results will be published in ”The Australian” newspaper no later than 14 days from the date Prize Winner is successfully contacted by The Promoter.

If Prize Winner cannot be contacted, the Promoter will continue attempting to contact them for a period of 90 days after the draw. At the end of this period, if the prize remains unclaimed, the second draw (‘Second Draw’) will be conducted.

The Second Draw, if necessary, will be conducted at 10:00am Monday 14 October 2019 at the venue stated in clause (19). Like the first draw, Second Draw will be conducted electronically. The Prize Winner will be notified personally within 3 business days of the draw via phone, or in writing via postal mail, or email.

The competition results of Second Draw will be published at www.ausnaturalcare.com.auon Monday 14 October 2019 listing the name of Prize Winner.

If Prize Winner cannot be contacted, the Promoter will continue attempting to contact them for a period of 90 days after the draw. The competition results will be published in “The Australian” newspaper within 30 days from the date the Promoter successfully contacts Prize Winner.

Information on how to enter and the prize forms part of the conditions of entry.

Directors, management and employees of the Promoter and their immediate families, agencies, retailers and suppliers associated with this promotion are not eligible to participate in the Promotion.

The Promoter is not responsible for any loss, damage or injury suffered or claimed, including, but no limited to, indirect or consequential loss or damage, personal injury or death, and direct or indirect loss or damage by an entrant in relation to entering or participating in this promotion or taking or using the prizes offered except where that loss, damage or injury was caused by breach of these terms and conditions by the Promoter or the wilful or negligent acts or omissions of the Promoter. To avoid any doubt the Promoter shall not be liable for loss caused by technical and mechanical malfunction which is outside the control of the Promoter.

Australian NaturalCare may disclose your personal information including details of Prize Winners where Australian NaturalCare is required or authorised to do so by or under law or there the disclosure is reasonably necessary to enforce the law. This may occur under the laws that apply to our business, for example, where a regulatory authority requests information from us.

To the extent permitted by law, the entrants irrevocably consent to the use of their testimonials and/or content of their entry in the competition, for promotion and marketing purposes without additional compensation (financial or otherwise). The entrants hereby assign to the Promoter their intellectual property rights in their testimonials and content of their entry in the competition and consent to waive their moral rights.

Should the Prize Winner consent to having his/her identity and/or residential information disclosed, including full name, suburb and state address, that Prize Winner consents to having his/her name and address published in any form of media, including but not limited to newspapers, the Promoter’s advertisement flyers, the Promoter’s websites and online social media.

Should the Prize Winner consent to having his/her photograph taken, that Prize Winner consents to having his/her name and photograph published in any form of media, including but not limited to newspapers, the Promoter’s advertisement flyers, the Promoter’s websites and online social media, and agrees to participate in any reasonable promotion requested by Australian NaturalCare.

If for any reason, this promotion is not capable of running as planned, including war, terrorism, state of emergency or disaster, tampering, unauthorized intervention, fraud, technical failures or any other causes beyond the control of the Promoter which corrupt or affect the administration, security, fairness, integrity or proper conduct of this competition, the Promoter reserves the right in its sole discretion and, subject to the approval of those authorities who have issued permits for the conduct of this competition, to cancel, terminate, modify or suspend the competition.

The laws of the state of New South Wales and ACT govern the Promotion.

A copy of the terms and conditions governing the Promotion can be obtained by direct request to the Promoter, or can be found on the Promoter website.

View All Competitions From www.ausnaturalcare.com.au 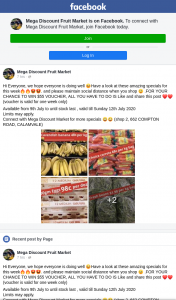 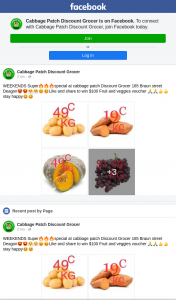 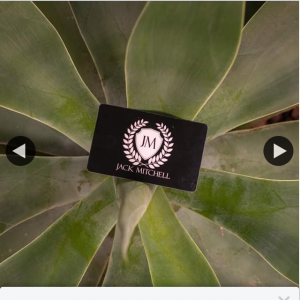 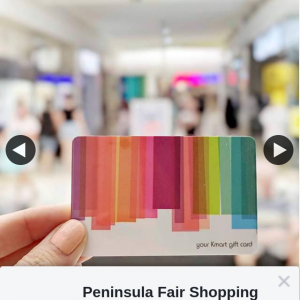 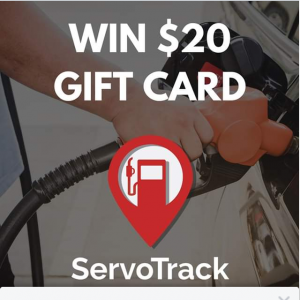