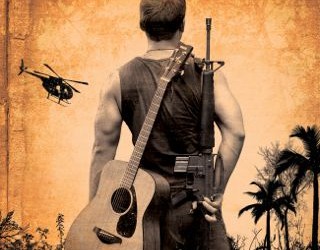 Conscription, combat, protest and homecoming … the powerful new Australian concert drama Rolling Thunder Vietnam: Songs that Defined a Generation unites personal stories of young Vietnam War soldiers with classic songs of the era. This dynamic theatre concert draws audiences inside the lives of men on the battlefront and their family and loved ones at home.

The Vietnam War was the world’s first televised war. More than any other conflict, it produced some of the most popular and enduring songs of the 20th century. The show feature the music of Steppenwolf, Joe Cocker, Buffalo Springfield, Creedence Clearwater Revival, Gladys Knight, Billy Thorpe, The Rolling Stones and Curtis Mayfield just to name a few.

The Australian Jewish News has three double passes to give away to the show at 7.30pm, August 23 at Hamer Hall.

This competition is open to Australian residents only.
Employees of The Australian Jewish News and their immediate families are ineligible to enter. Competition entries close on Thursday, July 31, 2014 at noon.
The winner will be drawn at The AJN Melbourne office on Thursday, July 31. The winner will be drawn randomly and contacted by email only, using the email registered by the winner. The AJN cannot be held responsible for entrants failing to check their email or providing incorrect information. Winners’ names and details may be passed on to the promoter for winners to redeem prizes. Please note that the prizes are only those mentioned in the competition notice and are non-exchangeable. Winners’ names will not be published due to privacy concerns, however, winners’ names will be kept on record at The Australian Jewish News Melbourne office.
Unless otherwise notified, winners must must pick up their prize from the AJN offices, located at Level 1, 589 Glenhuntly Road, Elsternwick, Victoria or Level 1, 55 Grafton Street, Bondi Junction, NSW. NSW Permit Number: LTPM/08/00233
Full name

View All Competitions From www.jewishnews.net.au